The need for a rapid, cost-effective solution for monitoring an endangered sea mammal species led the team at Murdoch University, Australia, to evaluate UAV solutions: they quickly found their match in WingtraOne.

A bright orange drone taking off from a boat off the coast of Pilbara in north-western Australia is probably not the first image that comes to mind when thinking of wildlife monitoring. Yet, this is precisely what researchers Dr. Christophe Cleguer and Dr. Amanda Hodgson are using at the moment to monitor an endangered species of sea mammal called the dugong.

This gentle sea mammal, said to have inspired the mermaid myth, feeds exclusively on a small range of sea plants growing in shallow warm waters. However, the recent increase in extreme heat events and cyclones threaten their limited natural habitat. Further, dugongs give birth only once in two and half years which exacerbates the problem of declining population, resulting in dugongs being listed as vulnerable to extinction globally. 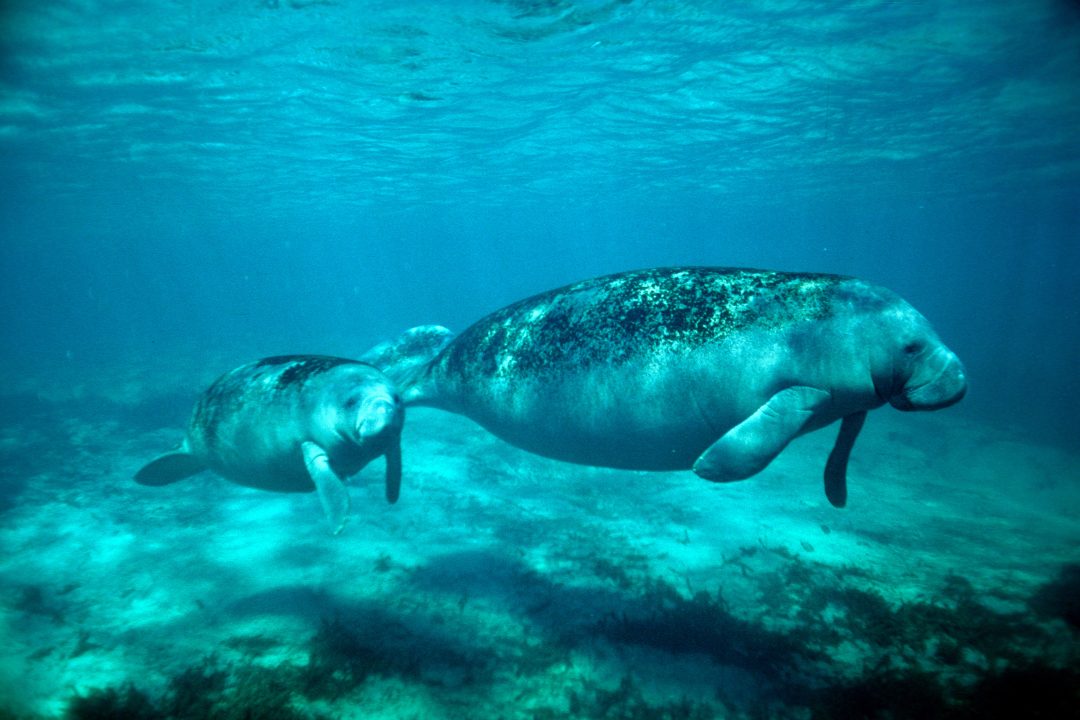 To counteract further disappearance of the species, scientists and resource managers have made considerable efforts to help conserve dugongs and their seagrass habitats. However, many of these research and management initiatives have been hindered due to time, high cost and the expertise required to monitor dugong populations.

To lessen the expertise needed to identify dugong populations, the researchers at Murdoch University have collaborated with researchers from Queensland University of Technology to devise a “Dugong Detector” –  a machine learning algorithm which makes use of artificial neural networks to automatically identify dugongs in images.  However, they still needed a cost-effective way to collect the images.

The WingtraOne takes images over the indicated area in the ocean which are then processed by the “Dugong Detector” to identify dugongs. The data can then be used to generate maps of dugong distribution and density and eventually estimate abundance.

Using aerial surveys to monitor dugong populations is not new – they have in fact been in use for over three decades. Traditionally, highly trained teams of observers have conducted these surveys onboard small chartered planes. These surveys, however, are potentially dangerous – 11 people have died from marine mammal aerial surveys! Nor is the resolution of the data collected from these surveys high enough to get an understanding of the animals’ habitat use at a fine scale.

Keeping these constraints and dangers in mind, the team at Murdoch University decided to evaluate VTOL (Vertical Take-off and Land) UAV based solutions to look at fine scale habitat use by dugongs in remote locations only accessible by boat. These UAVs not only offer a safer alternative to aerial surveys but also provide more accurate data, are very cost-effective and can take-off and land from the deck of a boat.

The researchers chose a VTOL drone WingtraOne and a quadcopter DJI Phantom Pro. While the Phantom Pro is an off-the-shelf, multicopter consumer drone, the researchers could only collect data over a small area. The researchers found the VTOL (Vertical Take-off and Landing) WingtraOne on the other hand, has greater endurance and range, so could cover a far larger area. 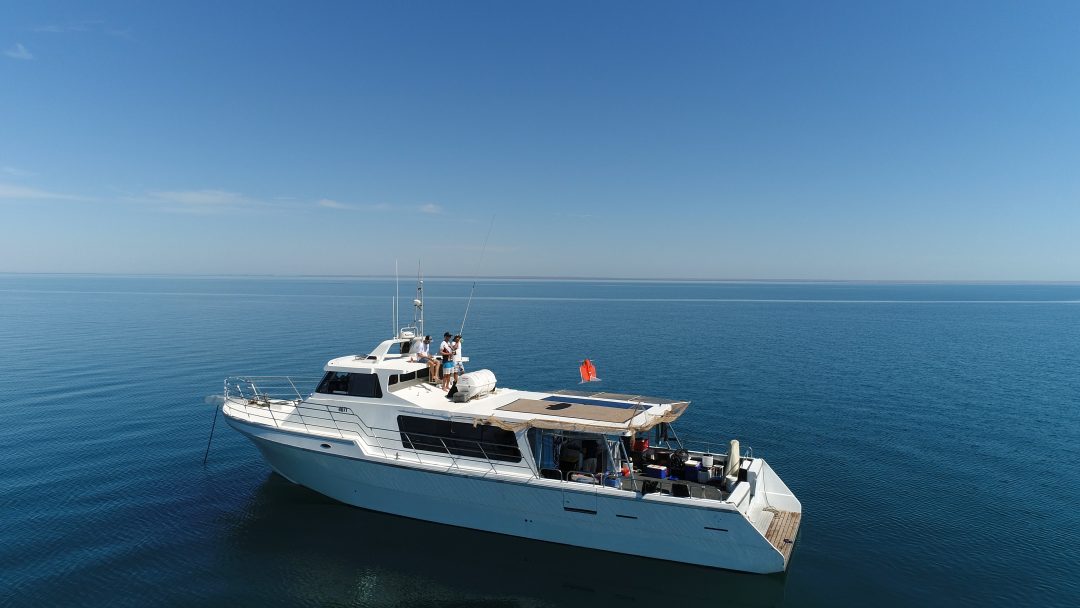 The tail-sitting fixed-wing WingtraOne can take off and land vertically and transition to horizontal mode for surveying. This turned out to be a key asset for the research group as their operations were restricted to the small deck of a boat.

The VTOL capabilities of the WingtraOne combined with the high flight endurance (up to  55 min), range (up to 10 km), and sensor capabilities of the high-end Sony RX1RII digital camera, enabled the group to collect data over a large area while retaining the image quality they needed to detect dugongs.

“We needed a drone that could cover as much area as possible in one flight, while being able to be operated from a boat, by us as researchers, and was within our budget. With a price tag of less than $30,000, the WingtraOne met all these requirements,” says Dr. Cleguer.

Over the three week trip to test their methods, the research team conducted more than 90 flights and collected over 25,000 images, most of which were processed during the trip using the “Dugong Detector” but also through manually reviewing the images. This ultra-rapid method meant that the research team could create maps of dugong sightings and densities in just a few days. Previously this had taken several weeks. 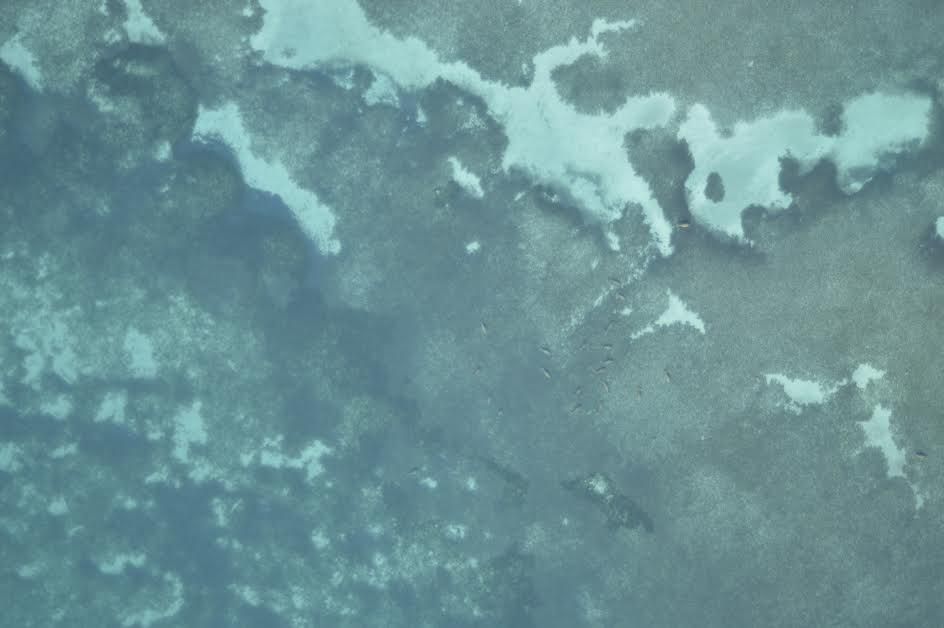 Dugongs can be seen in numerous pictures collected with the WingtraOne. In this particular example, it is possible to see small groups of them in the center.

“This kind of technology would be accessible to scientists in developing countries who wanted to conduct surveys of species, and don’t have access to teams of expert observers or the budget to charter planes”, Dr. Cleguer says.

Dr. Cleguer and Hodgson conclude, “These advantages require us to rethink the methods we normally use for marine fauna surveys but will also allow us to answer different questions relevant to species conservation and management.”